A downloadable game for Windows

MOTHER is a first-person psychological horror game about protecting your children while descending deeper & deeper into madness.

You play as Mary, who has just recently lost her husband, and needs to take care of her two children by herself. Suffering from insomnia, you wake up each night and experience strange events. Soon enough you'll find that there are some secrets you can't escape from.

Protect your children at all costs. Be careful, because their death is permanent!

Each night, you must go to sleep in order to progress. However, you can't sleep until your daily tasks are finished and your children are asleep. The objective is to survive without letting your children die.

Your main actions will be using a phone, using a gun, and interacting with objects in your environment.

The game is played with mouse and keyboard, and is published for Windows. It takes around 3 hours to finish.

This is a passion project of mine that I've developed in my personal time while I was studying. Comments, feedback and reviews are greatly appreciated!

In order to download this game you must purchase it at or above the minimum price of $2.99 USD. You will get access to the following files:

Had me engrossed from start to finish. Enjoyed a lot of the mechanics, Although the only reason I beat the game was because I managed to shoot the creature as he was carrying one of the kids thru a vent, forcing him to drop the child at the same time as his animation for entering the vent was active. This forced him to flee toward the nearest vent, but he was inside the wall already which ended up clipping him in the wall, making it more like shooting fish in a barrel. Good game overall though.

I enjoy scary games, but this is one of the best I've ever played. I have never screamed so much by a game. Had to force my friend to sit next to me on the second try. Made a couple of jumpscare compilations as proof:

Such a creative game! Really enjoyed it!

I loved the game.

Reply
Son Of Gragas331 days ago

I'm hooked! Here's my first hour or so with my dumb face over it, the next section is recorded and I'll have it up soon!

This game is so creepy good job!

Had me spooked ! Such a great experience. I am seriously looking forward to any future projects coming out of this camp!

Just as a token of appreciacion, I created this: https://villains.fandom.com/wiki/Tommy_(MOTHER)

Your game was an amazing experience!

Im in love with this game. Thank you, great work! From Russia with love <3

I loved it!
This game uses ingenious ways of teaching the player the rules of the game and pairs a dense, oppressive atmosphere with an environment that refuses to let you feel safe.
All that mixed with near-perfect pacing had me feeling like the fumbling, distraught matriarch it wanted me to be.

There is one issue that I found (a friend I was watching found it also).
On Night 1, if you get up from sleeping after you've already dealt with the thing in the vents, the game seems to soft-lock with the kids forever standing by the powered-on TV.
This was experienced in the (current) Steam version of the game.

Glad you enjoyed it! Also thanks for informing me about the bug, I've managed to fix it in the latest build.

I made this a while ago, since the game deserves to be archived in the different sources and remembered. Hope you appreciate!

Reply
SgtT1 year ago
Played the first couple nights, and the scene was set SO creepy. No noise, music or anything. This made the eerie tone that fit this game so much. I might have to jump back into it to find out more...
Reply
thatdograscal1 year ago(+1)(-2)

So did mary kill herself or the cops kill mary?

At the end, we only hear one gunshot and she dies only if one or both children are dead, so it would be logical to assume she kills herself since she failed as a mother...

I saw CJUGames play this and she died even with both of the kids alive. Unless you mean Tommy is dead, or if it changed since he taped it.

I started a playthrough of this. Hopefully I can actually get through it!! D:

What a great game.Those jump scares got me every time.Great story line too.I am looking forward to more content from you.Very scary game 10/10

This is game is honestly one of the best Indie Horror game I ever played! It is soo terrifying and I am only on night 3! ♥

This game was unnerving from start to finish! Very well done, could use a bit of polish but overall an excellent horror title!

THIS GAME WAS SO AWESOME !

Reply
Neco The Sergal1 year ago

I cannot go to sleep in order to continue because Kayla has no option to be put to bed.  Is this a bug?

happened to me too

Hey, yes it's a bug, you're supposed to save Kyle. I'm currently uploading a small change which fixes that.

Awesome, thank you, very much!  IMHO this game is a masterpiece in indie horror game development!

It was a long time since I thought a game was so interesting, just incredible, the story seems to be very good and it's holding me in a way that I can't explain ... it seems to be a little long from what I've seen so far, for sure it could be a little wiped, but it’s a lot of fun! I definitely want to find out what's really going on here, incredible game! Congratulations !

Reply
Neco The Sergal1 year ago

Could you possibly replace it with a royalty-free one instead?

Hey, that music plays for 30-40 seconds during night 4, I'd recommend you muting or cutting that part if you want to avoid the copyright claim on your video.

i wish i can whack 9 down that monster!

Reply
Neco The Sergal1 year ago(+1)

Very delayed, 7 days?! But I've finally dug around, found this and have Very high praise for this, I am very difficult to move or to express emotions - so, whenever a game is capable of making me 'Feel' anything (Not so much as 'fear', or Sadness, but pressure, tension, unnerving things, subtle paranoia, worry) - then I become excited. I can't wait to see what's ahead -

Fantastic Game!!!
From the creepy, a bit of a jump scare beginning and all the rest that follows, the story, gameplay, mechanics, the survival factor and trying to save children, especially that "reassuring" aspect of the character, it's well done.

Personally, I have played and watched lost of psychological horror games based on the parent/child relationship coming to a certain point where either a parent is the enemy or maybe the child, this game takes a unique twist and makes it more interesting.

Furthermore, the little details and generally tense atmosphere made the experience more believable. I don't want to make this super long, but there are many positive details to appreciate about this game.

I enjoyed a lot. Thanks! Hope to see new projects soon.

the game is well made but if i am honest i was really bored at the first 40 minuts and i wanted to quit, it feels like there is a lot that you can cut down from the first hour of the game

I tried it again this time live! I got to like night 8 or 9 and I was done this game is Scary and Stressful. Had a few problem here and there but overall this is a dope game for sure

Ok, so I signed up just to leave a comment here.

This game is really great. The atmosphere, the gameplay, interaction with kids - everything is done pretty well. It is interesting to play, it's frightening and there are plenty of unexpected moments. Most of all I liked the "silent camera moments" in the beginning of some levels, that make you feel like the paintings are watching you and smth like that.

But there are some moments that I didn't like. For example, it's annoying that this game is rather lengthy on the one hand, and on the other hand there are completely no checkpoints or ways to revive your children. IMHO, this game is not replayable. At first, I thought that there are several endings and all of your actions have circumstances, but now I doubt it. I guess it's pretty linear and because of that I don't really want to do it all again for half an hour or more and then make one mistake and lose a child again (and start all over again, bruh). I really need checkpoints - at least three of them for all the game. "I'm bored" to try again otherwise.

Another thing is the lack of variability and the moments when you force a player to do some things. Though I understand that taking lots of pills is probably a plot device, I still hate it. I wanted to have a free choice that would effect.. I don't know.. the power of the monster? Or its frequency of occurrence? And what I hated even more is the lack of ability to close the doors. That felt.. funny and lacking any sense. One day you put an alarm on the door because you saw a monster-maniac in the peephole and the other day you just fall asleep with the door wide open. On the next day you find a door being magically closed... It adds some suspence, okay. But it makes so little sense that the game would be better without it. It is not a good way to protect your children from the monsters by leavng your doors open even if you are overusing the pills. :)

For a f2p game it's just brilliant, but I think it needs some touch-ups before going on steam.

Hey man, really insightful comment. It's true that the game was designed to be linear, but also features perma-death in some way, which is not always a good combination. This is actually why I don't really think adding multiple endings would benefit the game, because I don't want people to feel forced to repeat the same content if they're not satisfied with how it ended.

The pills thing is interesting because originally I wanted it to be a gameplay device (How many pills you take or following your prescription would influence things in the game, etc) but ultimately it just became a plot/narrative device. That's why the game kinds of "lies" to the player about their usefulness I think, because it might be presented too much like something that will influence gameplay.

Hi, when there is more than one interaction option, you can use your mousewheel to switch between the two. 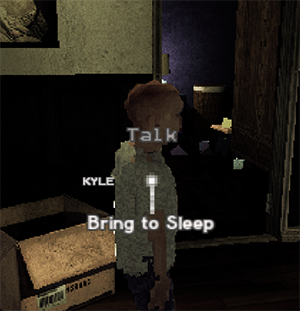 This was amazing. It's long for sure, but it's such a slow burn with a great payoff and story that makes it worthwhile.

Sorry it took too long to see where to set down the urn so I gave up and I don’t use WASD to move around. Input controls need customizing.

Thanks for your feedback. You can change your input by going to the start menu, in "Options" -> "Controls"

hi, big thx for the great game. greetings from rosti 😍 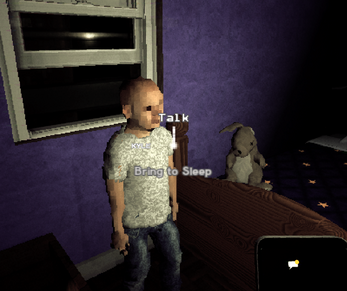 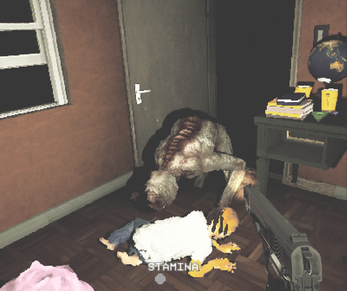 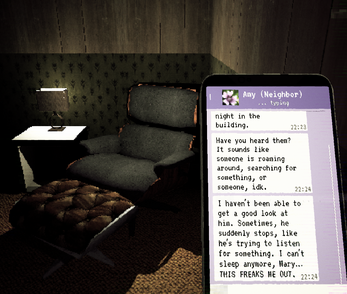 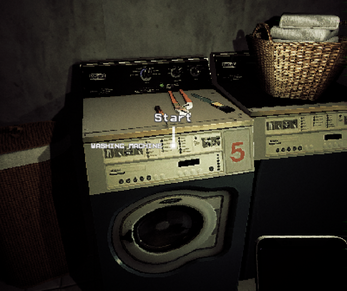 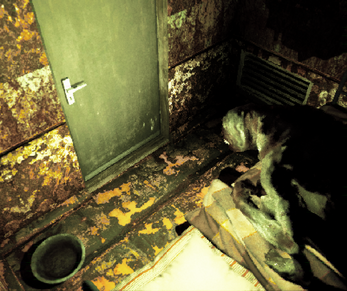